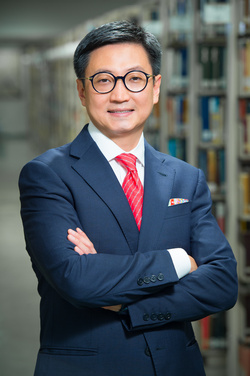 Having served for two three-year terms by the end of 2015 on both the Council and the Court of the Hong Kong Baptist University (HKBU), Mr Alfred T K Lee has come to know and appreciate three of HKBU’s Presidents. Finding them all to be very dedicated persons, Mr Lee has been all the more willing to provide his experienced counsel to these two governing bodies. Notably, in recent years Mr Lee has also served as the Chairman of the Faculty of Science Advisory Committee, due partly to his extensive expertise as a leader in the use and development of environmentally friendly technologies. Added to this, his training in financial management has led to his being involved as a member of a number of finance committees within the University, while also serving as the Deputy Chairman of the Campus Development and Facilities Management Committee of the HKBU Council.  His commitment to the University has been enthusiastic, wide-ranging, and whole hearted. Yet this is only one aspect of his many-sided involvements within larger spheres in Hong Kong and the Mainland China.

Successful in business through directing InnoGreen Environmental Limited, Mr Lee was motivated to consider living for more than the accumulation of wealth due to insights gained from being a father to his three daughters. To identify ways of contributing to sustainable lifestyles in our modern age, he has served on an impressive list of public committees and professional organisations in Hong Kong.

For example, while a committee member of the Chinese General Chamber of Commerce, Mr Lee has served as the Chairman of the Sustainable Development Sub-committee under Commerce and Industry Committee, and the Director of the Hong Kong Chinese Importers’ and Exporters’ Association. In relation to his deeply felt environmental concerns, he has committed himself faithfully as a trustee of the World Wide Fund for Nature in Hong Kong, and serves as member of several advisory committees for the HKSAR Government related to the Ecopark, energy conservation, and external lighting. Added to all of this he actively manifests his concern for young people by previously serving as the Honorary Vice Chairman of the Hong Kong United Youth Association, and Vice Chairman of the Hebei Youth Federation. On this basis, one can understand why he was also invited to be a committee member of the All-China Youth Federation. It seems that his energy knows no bounds!  In these many ways, we might say, he has been “fathering” younger generations of students, professionals, and officials in building better and wiser lifestyles for 21st century China.

In 2011 Mr Lee was awarded the Medal of Honour by the HKSAR Government for his multifaceted roles in youth development and promotion of environmental promotion. Consequently, it is not difficult to understand why officials in Hebei have also sought out his advice in how to deal with environmental concerns in that north eastern province in China.

Knowing well about the mission and vision of the University, Mr Lee particularly appreciates the emphasis on whole person education at HKBU; an emphasis that he felt was lacking in his own undergraduate studies in Applied Science in the University of Pennsylvania (1987) and his Master of Business Administration majoring in Finance from Boston University (1989). While excelling in technological expertise, he is fully aware that wisdom for living should top the agenda of tertiary institutions, so that students will not merely be able to work, but would be enabled to live creatively, adapt sensitively, and mature compassionately wherever they reside. For all of these reasons, then, Mr Lee strongly supports future developments at HKBU that allow faculty and students to concentrate on teaching and learning, niche areas of research, community service, and so on the basis of the University’s mission and vision to build a stronger and well-rounded and internationally recognised university within Hong Kong.

In recognition of his visionary entrepreneurship, his continuing efforts in bettering society in Hong Kong and elsewhere in China, his serious efforts to nurture young people, and his multiform support for the growth of the University, Mr Alfred T K Lee is an exemplary candidate for the Honorary University Fellowship.